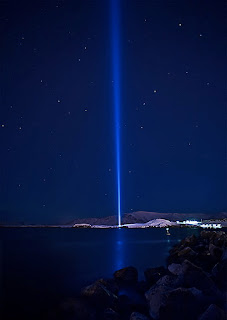 Carol and I are getting close to leaving on our trip to Iceland. We are very excited about seeing this land and getting to work with the musicians from the Iceland Symphony as well as many students.

In the early 1980's, a young trombonist from Iceland, by the name of Oddur Bjornsson, took lessons from me while he was a student at the New England Conservatory. We got along extremely well in our student-teacher relationship and as friends.

This past fall, Oddur and his lovely wife, Stina, were visiting Boston. Carol and I got to meet up with them and reconnect after all those years. It was wonderful to see Oddur again and to meet Stina. We've been emailing back and forth and, now, here we are going to Iceland!

We will be giving a concert of trombone choir music which I've written, including a world premiere, "In All Hearts." This piece was written in honor of the country of Iceland and my firendship with Oddur.

I also will be giving master classes and playing in the trombone section of the Iceland Symphony Orchestra. For a full look at our itinerary in Iceland check out the Events Calendar on our website.

We will be coming back with pictures and, possibly, some sound clips, so stay tuned!
Posted by Norman Bolter at 6:16 PM 2 comments:

More from Master Manlon and
"The TAC Legend Writings"

This is another excerpt from my book, "The TAC Legend Writings,
Book 1: Journey to Freedom." Master Manlon was giving a masterclass with Joice and Seymore. Many different topics were being worked into including that aspect of music--dynamics, timbre, rhythm and styles--have a spectrum of expression. The same is true for emotions. This concept reminded Master Manlon about an experience he had with a student on this very subject.

Master Manlon: "I used to play an old, popular trombone piece of the 19th century by Ferdinand David. The second movement is a funeral march. One day, a student was playing it for me and I asked him what feeling was in him when he was playing this movement. He told me he felt sad. I asked him what kind of sad? He looked at me and I looked him and we knew we were on to something big!

Even throughout this movement, we discovered the quality of sad changed or was flavored with other combinations of emotions, such as grief, a hint of hope, regret, reflection of the past and anger. This gave the piece more meaning and painted a sonic picture that was truly more engaging for the performer and the listener.

Everyone knows there are different kinds of the same emotion, just like there are various shades of blue, red, yellow or any other color. If we take that one natural fact and apply it to our music-making, (and everything else!), we all will be further away from generalizing and putting life and each other into a 'one size fits all' formula and will allow ourselves to actually see and experience the greater fullness that is all round us."

Here are some links to other TAC Legends excerpts:

Posted by Norman Bolter at 5:20 PM No comments:

The upgrades to the website are done and the related links on this blog have been updated to match. So , if you click on a link in earlier posts, please refresh the page so you get the current web page or sound clip.

We kept the site's familiar design but added new navigation with drop down menu, additional content pages and a new Catalogue area with search tools. Here's the Print Music page, for example.

Carol has been hard at work for two months getting the features added so the site is easier to navigate and fun to explore. These changes also will allow us to more readily add new music and other content, like digital print music, MP3 singles, videos, articles, etc. So, stay tuned!

A big Bravo to Carol for all her work!!

And to everyone, we hope you enjoy the site!
Posted by Norman Bolter at 1:30 PM No comments:

A Visit, a Concert and a New Piece 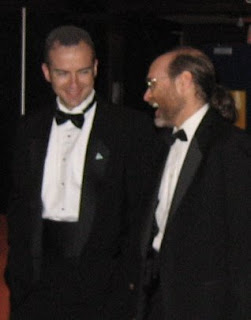 We had a really busy but nonetheless really fun week from 25th through the 28th of February. Jim Nova, my friend, former student, Associate Principal Trombone of the Utah Symphony and Principal Trombone of the Boston Pops Esplanade Orchestra, came to perform as guest soloist with the NEC Trombone Choir and the Frequency Band in concert February 27th. Since Jim has participated a great deal in the Frequency Band over the years, he also joined the ensemble in the world premiere of a new piece, "Annapurna Trail."

"Annapurna Trail," for trombone choir, was inspired by an incredible picture, which I saw in an old "National Geographic" magazine, of the Annapurna Mountain range located in Nepal. Despite accompaniment by a jazz ensemble practicing upstairs, the Frequency Band stayed focused and intent and the piece went extremely well. It also was very well received by the audience.

Jim also played fantastic on his solo pieces. The students jaws dropped, and mine did too, when they heard the ease with which he covered the whole trombone range, and then some!! In addition to playing Gabaye's "Special," Jim played the solo on "Fanfare to the Rising Phoenix" as well as the solo role in the "Samkin Aylward" movement from "The White Company Quartet," accompanied by the Frequency Band.*

The audience loved the entire concert. And the students rose beautifully to the challenges this concert put in front of them. A big BRAVO to all!

The next day, Jim gave a terrific masterclass. His class was on taking auditions and he held a mock audition filled with loads of advice based on his own life experiences auditioning. The class was very well received, with the students warming to Jim's open and friendly as well as honest and creative approach.

Here is a sound clip of "Annapurna Trail" from about a minute into the piece, taken on a digital camera. For your interest, enjoyment and curiosity.

*Although Jim has recorded "Samkin Aylward" with us, it hasn't been released yet. ("The White Company Quartet" will be among the first recorded pieces we release this year.) However, Jim and I have recorded a duet also inspired by "Samkin," called "The Archer." Here's a sound clip from "The Archer" on the "Occurrences" CD for your enjoyment.
Posted by Norman Bolter at 9:22 PM 1 comment:

Can you be who you are now? Physically, mentally and emotionally?
Can you feel free to be you to you?
Do you know who that is?
Are you trying to be different to who and what you are?

It is a great question.
Who and what are you?
Can you accept what that is?

Can you make the changes to accept who and what you are now?
Even if it is different to what you think you should be?
How can one be at full, if one will not accept oneself and ones abilities?
How can one grow, if they don't start at their current position and location?

Brave to Be
Posted by Norman Bolter at 11:12 PM No comments:

There are some new upgrades on the website and they will be launched soon. That may mean that some of the links on this blog might not work until we coordinate everything. So if this happens to you, you will know why! If this happens on a sound clip, you can always go to iTunes and listen there.

Stay tuned for more!
Posted by Norman Bolter at 10:00 PM No comments: